The European Union is co-funding the H2020 HYDRACTFLEX project with €1,85 m.
The Hydract process valve, developed by the Danish company HYDRACT has impressed Carlsberg with its precision and repeatability in addition to a 90% reduction in electrical power consumption.

In Fredericia, Denmark, tests aiming to demonstrate Carlsberg’s Smart-Mix concept by using on/off mix-proof valves equipped with Hydract actuator technology as high precision regulating valves has demonstrated that beer can be blended On-Demand and Just-In-Time. Other positive effects in addition to electrical power reduction include reduced water consumption, cleaning chemicals and a reduction in capital investments for green and brown field installations.

”Our tests of the HYDRACT-valve have exceeded our expectations. The precision and repeatability achieved with water hydraulics as an alternative to compressed air enables an entirely new approach to effective and sustainable beer production. It fundamentally changes the way we can produce beer in the future,” says Anders Kokholm, Brewing Director at Carlsberg Supply Company DK.

“Because water is incompressible, our hydraulic actuator provides a vastly improved level of precision and control compared to pneumatic actuators. HYDRACT enables customers to reconsider the production methods and processes they use, due to the stability and precision of the Hydract actuator” states Peter Espersen, founder and CEO of Hydract.

Find more information
Further information and video demonstration of the Hydract process valve is available on hydract.eu and hydractflex.eu.

Funded by the European Union
The EU-funded H2020 demonstration project HYDRACTFLEX involves a consortium of European companies, each of whom are contributing with knowhow and experience.

The HYDRACTFLEX project is aiming to demonstrate Carlsberg’s Smart-Mix concept in full scale. 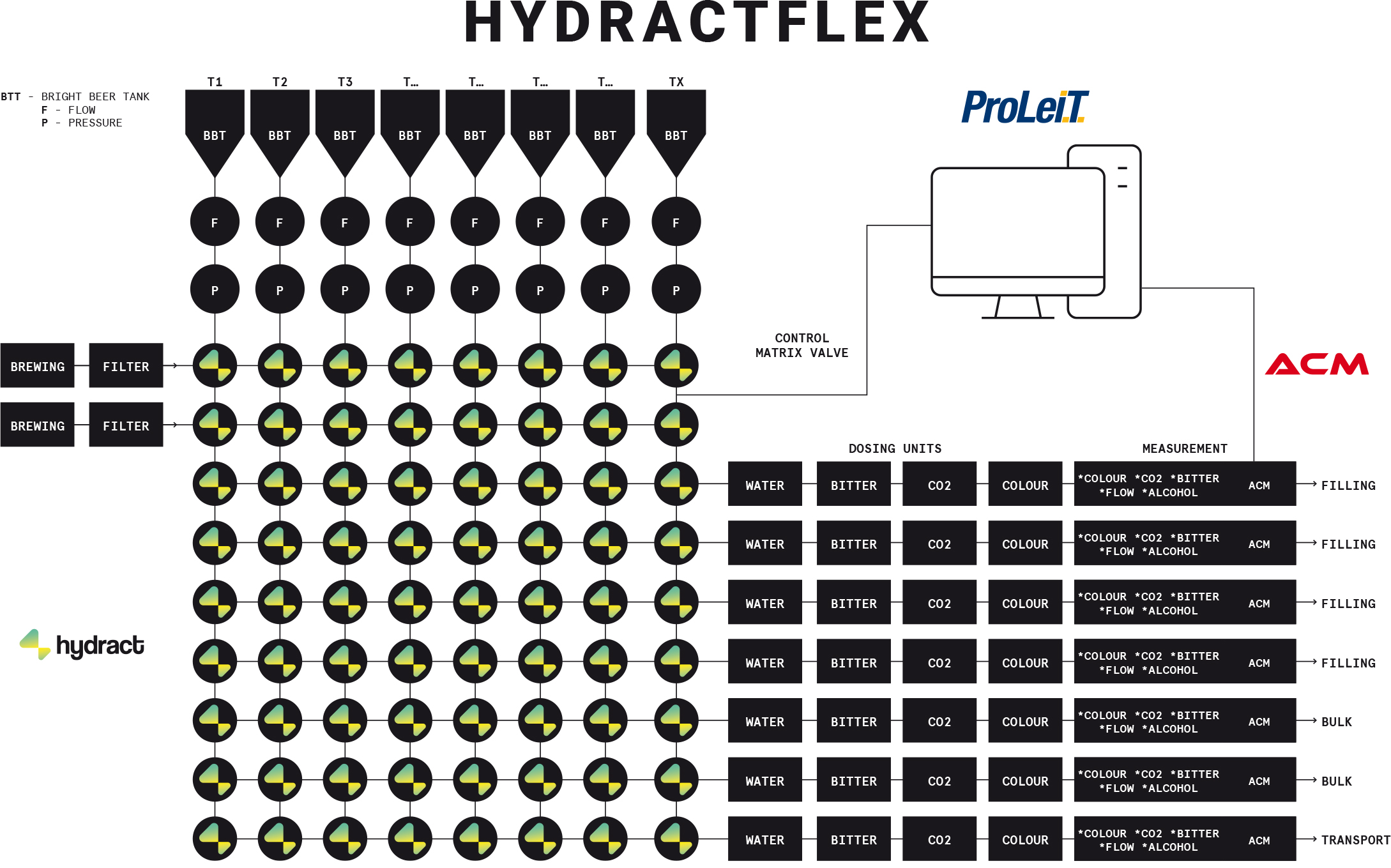